Why you should consider joining a SACCO

Saving while you are still energetic and productive is a smart financial move. A Sacco is a good option to explore if you have a regular income and are looking for a way to save money.

Sacco’s have been steadily gaining popularity in Kenya but still unpopular among young generation. It could be because of a lack of knowledge of what a Sacco is, how it works and also may be due to the fact that it’s easily comparable to a bank’s savings and credit initiative.

What is a SACCO?

SACCO is an acronym for Savings and Credit Co-Operative. It’s an association of like-minded individuals, registered under the Ministry of Cooperatives (In Kenya), and authorized to take deposits from and lend to its members.

Simply put, it’s a self-help organization where groups of people pool their resources and lend to one another. The fundamental goal of establishing SACCOs was to help the financially limited (poor) learn how to make the most use of their limited resources.

SACCOs are governed by the SACCO bylaws set by SASRA (SACCO SOCIETIES REGULATORY AUTHORITY) which state the objectives, membership, share capital, organization structure, management, and lending regulations. It’s run, owned, and managed by its members who have a common link, such as being members of a labor union, working for the same job, belonging to the same church, social fraternity, or living in the same neighborhood.

Features of a SACCO

Sacco’s are a great tool to channel your savings. SACCO pools savings and lends them out or invests them in allowed securities such as shares, Treasury bills and bonds, and in some cases, real estate, as permitted by the bylaws. For a member, the returns on these funds can be as high as 10%, and this is a slightly better channel than banks mainly because:

Once you are a member of  a SACCO, You can borrow amount equivalent to savings. A member can borrow up to three times their savings as long as other members act as their guarantors. In a SACCOs there different types of loans, which includes; same-day emergency loans, school fees loans, and development loans.

There are various advantages to borrowing from a SACCO:

Saving in a SACCO is a basic tenet of wealth accumulation. It is part of putting up the foundation that will propel you from financial insecurity towards financial freedom.

I’d recommend that one joins a SACCO even if it’s for a minimum contribution, and enjoy the benefits of the cooperative movement. 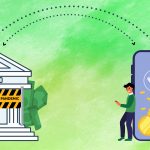 Why SACCOs should use automated systems